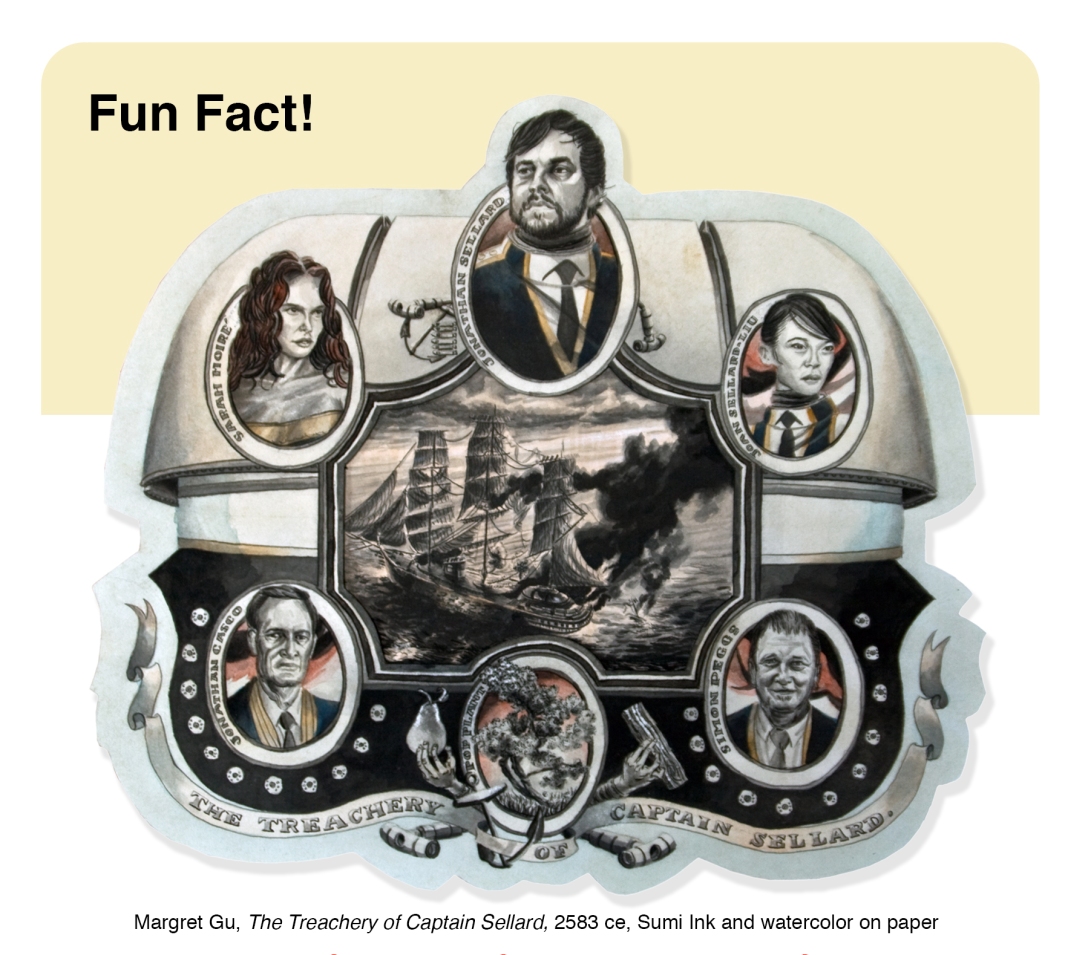 However, ‘The Heroes of Bouvet Island’ illustration was never added to the new edition’s first printing! Frustrated with the government’s refusal to acknowledge new evidence about the ACS Golden Pear’s disappearance, artist Margret Gu secretly swapped the approved illustration with another of her drawings, ‘The Treachery of Captain Sellard’ (above), before it was sent to the printers. Gu’s subversive act went unnoticed until the history book was distributed nationally in 2584.

In the reprints that followed, ‘The Heroes of Bouvet Island’ was restored to its designated place. As a penalty for her act, Margret, the Old-New Prang Company replaced all the work credited to her in the book with “unknown artist.”